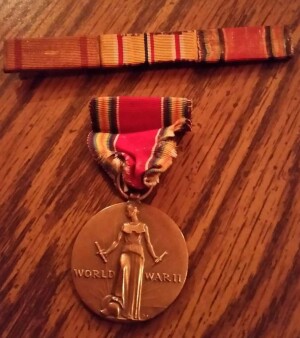 He was a proud WWII Marine Corp Veteran serving in China with an engineering company from spring of 1945 through the end of the war.  He earned the Victory Medal, Honorable Service Lapel Button, Marine Corps Discharge Button, and Good Conduct Medal.  He always talked about the Corp and was proud to have served his country.  It shaped him into who he became and never forgot his roots.  Semper Fi!

Harvey was a member of the United States Power Squadron.  He was Past Commander of the Delaware River Sail and Power Squadron Division and eventually earned the advanced education grade of Senior Navigator (SN) when he was at the Susquehanna Power Squadron. He served several positions but was most proud of his last job where he served as the Susquehanna Power Squadron's Education Officer where he helped numerous members (with the help of his wife) reach the education advanced grade of junior navigator, navigator, and senior navigator.  He also received special recognition as a Life member for more than 50 years of active service in the power squadron and earned 51 service merit marks.  He attained the highest civilian Navigation Award, the Prince Henry Award, which he was very proud of.

He worked for the defense industry (defense contractor) specializing in work on military helicopters as a mechanic, transmission, and lead helicopter drive shaft inspector.  He worked at several aerospace companies, including Piasecki Aircraft Corporation, Sikorsky Aircraft, and eventually retiring from Boeing in the late 1990's.

He obtained his Associates Degree at Spring Garden Institute in Philadelphia.

Preceding him in death was his wife Julia S. Slater Klamt, N in 2003 and his significant other Doris Duda in 2016.

In lieu of flowers, the family would prefer contributions be made to the Alzheimer's Disease Assoc. Inc. 2595 Interstate Dr. Suite 100 Harrisburg, PA 17110, in his memory.

You may send condolences online at www.hlsnyderfuneralhome.com

To send flowers to the family or plant a tree in memory of PFC Harvey J. Klamt, SN, please visit our floral store.