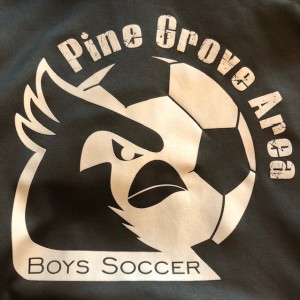 Mark D. Wyllie
April 22, 2020
Mark Douglas Wyllie, 60, passed away on Wednesday morning, April 22, 2020 surrounded by family at his home in Pine Grove Pennsylvania after a 4.5 year tussle with cancer.
Born on December 2, 1959 in Philadelphia, he was a son of Robert and Ethel Davis Wyllie (dec.) and Ed and Helen Karslo of Hatboro, Pa.
He was a graduate of Hatboro-Horsham High School and East Stroudsburg College, where he was a founding father of fraternity Beta Epsilon Zeta.
Mark was the Head Coach for Pine Grove Area High School boys soccer team for 29 years where he compiled a record of 340-233-25, winning the Schuylkill League title in 1996, the District XI title in 2003, and was a 10x Schuylkill League coach of the year.
At the time of his passing, he was employed by Big Lots Distribution Center in Tremont, Pennsylvania where he served as maintenance and building services manager since 2000.
Surviving are two sons, Cameron Wyllie of New York City, Colton Wyllie of Pine Grove; a daughter, Katie Magee of Nazareth; four grandchildren, Connor and Chase Magee, Addisyn and Lennox Wyllie; brothers and sisters, Cheryl Shellman, Joan Thomas, Edward Wyllie, Jeff Wyllie, Karen Nicolo, and Edward Karslo.
He is preceded in death by brothers Steven Howard, Bill Karslo, and David Wyllie.
Graveside Services and interment will be held at the convenience of the family at St. Peter's Lutheran Cemetery, Pine Grove with Pastor Jason Stump officiating.  A larger memorial will be held in the fall when the high school soccer season resumes.
In lieu of flowers, the family would prefer contributions be made to the Pine Grove Area Soccer Association, P.O. Box 374, Pine Grove, Pa. 17963 in his memory.
The H. L. Snyder Funeral Home, Inc., Pine Grove is in charge of arrangements and you may send condolences online at www.hlsnyderfuneralhome.com.

To send flowers to the family or plant a tree in memory of Mark Douglas Wyllie, please visit our floral store.

You can still show your support by sending flowers directly to the family, or by planting a memorial tree in the memory of Mark Douglas Wyllie