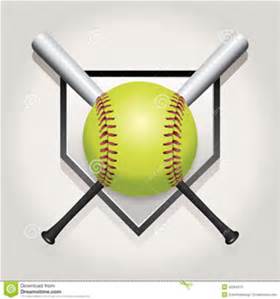 Craig R. "Booger" Krause
June 17, 2019
Craig R. "Booger" Krause, 63, of Rock Rd., Pine Grove, passed away on Monday, June 17, 2019 at home.
Born on May 1, 1956  in Pottsville,  he was a son of Fern Clauser Krause of Pottsville and Herbert and Marion Krause of Pine Grove.
He was a 1974 graduate of Pine Grove High School. He attended Hetzel's UCC, Pine Grove
Craig worked for 43 years at Moen in Pine Grove.
He was a member of the Rock Lodge Hunting Camp. He loved the outdoors, hunting, fishing and camping.  He started playing softball when he was 12 and coached Teener League baseball from 1995-1997 and was an assistant coach for the Pine Grove High School Baseball Team from 1999-2014.  He played for various modified softball leagues.  He was a Yankees, Steelers and Phillies fan.
His son and grandson were his best friends.
Surviving, in addition to his parents and step mother, are a son Craig R. Krause, Jr. of Ashland;  grandson, Jedd Krause; brother, Richard and wife Rose Krause; sister Cindy Krause, both of Schuylkill Haven, nieces and nephew.
Funeral Services will be held on Saturday, June 22, 2019 at Noon from the  H. L. Snyder Funeral  Home, Inc., Pine Grove with Pastor Barry Spatz officiating.  There will be a viewing on Saturday, June 22, 2019, from 9:00 am until Noon at the Funeral  Home.  Interment will follow in St. John's Lutheran Cemetery, Pine Grove.
In lieu of flowers, the family would prefer contributions be made to a trust fund for his grandson Jedd Krause in Craig's memory. Information will be available at the Funeral Home.
You may send condolences to the family online at www.hlsnyderfuneralhome.com

To send flowers to the family or plant a tree in memory of Craig "Booger" R. Krause, please visit our floral store.