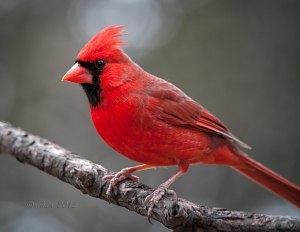 Betty L.  Wilhelm
April 19, 2019
Betty L.  Wilhelm, 86 of Pine Grove,  passed away on April 19,  in the Lehigh Valley Hospital, Schuylkill East in Pottsville.
Born on June 20, 1932,  in Tremont Twp., she was a daughter of  the late Harry and Helen Brown Boyer.  .
Betty was a member of the Weslyan Church, Pine Grove, where she had been a Sunday School teacher.     She was a former member of St. Paul's Reformed Church in Ravine, where she was in the Willing Workers, on the Church Consistory, and a Sunday School teacher for many years.  She was a graduate of Tremont Township High School. Betty enjoyed writing poems and had many beautiful poems in her collection.
Preceding her in death were her husband of 51 years, Robert C. Wilhelm on August 10, 2003, and a brother, Glenn Boyer.
Surviving are two Sons, Steve and wife Anna Marie Wilhelm, Scott and wife Mary Ann Wilhelm, both of Pine Grove;  8 Grandchildren, Rhiannon & Ernie Adams,  Adam Wilhelm,  Nicholas & Jennifer Fisher,  Justin Wilhelm,  Jarred & Sarah Wilhelm, Michael Schock, Noah Schock,  Marie wife of Tim McGuire; 8 Great-Grandchildren, Jensen Adams, Logan Adams, Anthony Fisher, Ryder Wilhelm,  Kya Wilhelm,  Charlise Wilhelm, Toby Wilhelm, and Tyler  Schock; a  Brother, Walter husband of Pat Boyer of Pine Grove.
Funeral Services will be held in the H. L. Snyder Funeral  Home, Inc., Wednesday, April 24,  at 11:00 am with Pastor Kenneth Smith officiating.   There will be a viewing on Tuesday, April 23, from 7:00 pm - 9:00 pm at the H. L. Snyder Funeral  Home, Inc.  Interment will be in the St. John's Lutheran Cemetery,  Pine Grove.
The family would prefer, in lieu of flowers, donations be made to the Wesleyan Church, 74 Bethel Rd. Pine Grove, PA 17963, in her memory.
You may send condolences to the family on the H. L. Snyder Funeral Home, Inc. website at  www.hlsnyderfuneralhome.com

To send flowers to the family or plant a tree in memory of Betty L. (Boyer) Wilhelm, please visit our floral store.