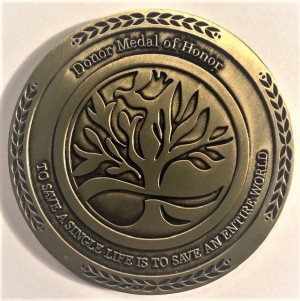 Anthony Gabriel Knapp Pena
August 24, 2019
Anthony Gabriel Knapp Pena, 34, Jonestown Rd., Harrisburg, passed away on Saturday, August 24, 2019 in Sinai Hospital, Baltimore, MD.
Born on April 16, 1985 in Austin, TX, he was the son of Richard and Lisa Behney Finneran of Harrisburg and Jerry and Gina Pena of San Antonio, Texas.
He was a 2003 graduate of Dauphin County Vo Tech.
Anthony was an Operations Manager for Western Power Sports.
He was an avid Dallas Cowboys and Dallas Maverick fan.
Anthony was a beautiful soul, kindhearted, generous and never had a bad thing to say about anyone. Even after his death, his legacy will live on in those who have been recipients of his organ donations.  He was quick witted, and had a crooked smile that crept across his face. His ability to make people laugh will be sorely missed.  He loved animals.  He had a circle of close friends that called themselves the lost and found crew and especially loved his close knit family and most of all had a special bond with his mother.
Preceding him in death were his great grandparents, Mardelle and Willard Knapp; granddad, Leroy L. Dinger; uncle Wayne McHenry; grandfather Guadalupe Pena; grandparents Elena and Nicholas Lopez; and his loving dog Brodie.
Surviving, in addition to his parents, are his siblings, Christopher and Samantha Pena; step sisters, Erica Finneran and Jennifer Yerkov; nephew, Joey Turns; G-Ma, Sallie Knapp Dinger;  grandmother Eva Pena; grandparents, Dennis and Leona Behney; girlfriend Clarissa Noll; several aunts, uncles and cousins.
Funeral Services will be held on Saturday, August 31, 2019 at 2:00 P.M., at the H. L. Snyder Funeral Home, Inc, Pine Grove with Pastor Barry Spatz officiating.  There will be a viewing on Friday, August 30, 2019 from 6:00 P.M until 8:30 P.M. at the Funeral Home. Interment will be in Jacob's Lutheran Cemetery, Pine Grove.
In lieu of flowers, the family would prefer contributions be made to St. Jude's Children's Hospital, 501 St. Jude Place Memphis, TN 38105 or the Ruth Steinert Memorial SPCA, P.O. Box 332 Schuylkill Haven, Pa. 17972 in his memory.
You may send condolences to the family at www.hlsnyderfuneralhome.com
143 son